Menu
Back to all

Rezoning – Is it possible under Queensland’s new Planning Act?

Rezoning is a commonplace term and is relevant to landowners looking to do something with their land that is in conflict with the planning controls that apply. For example, you might wish to build a residential development in a light industrial area. To do this you would need your land rezoned, which is a formal process that requires the amendment of the local zoning for your site. Previously if uses were “prohibited” in a particular zone you had to try and rezone the site to an alternative zone within which your proposal was not prohibited.

Surprisingly, you cannot actually rezone land in Queensland anymore and in fact haven’t been able to since 1998. However, we can tell you what the next best thing is. Throwback to the late 1990s and you’ll find it was possible to submit an application that requested a rezoning of a property. Surprising to most people however, is that in 1998 with the commencement of the Integrated Planning Act 1997 (IPA) rezoning was no longer an option.

IPA commenced with a performance based focus on planning and created a situation where very little development was “prohibited” essentially enabling a development application to be lodged for anything anywhere. Because very little development was prohibited there was no longer a need to rezone land because you could make an application. It was up to the planning scheme to be clear in policy to restrict or control inappropriate uses. Just because an application could be made didn’t guarantee approval if it was in complete conflict with the planning objectives of an area.

In some circumstances there is still a need or desire to rezone land to provide assurances, and in some cases guarantee, certain development entitlements. This is particularly the case in emerging community areas where very little development is “as of right” or “code assessable” leaving uncertainty as to what can ultimately occur on that land.

To address that requirement under the IPA, and subsequent Sustainable Planning Act 2009 (SPA), you could submit an application for a Preliminary Approval overriding the Planning Scheme. However, this process did not change the zoning of the land. Instead it provided the opportunity for a development approval (DA) to sit over the top of the land having a similar effect to a change of zoning by allowing development contrary to the underlying zone. Back in the day, these types of approvals could vary from being quite simple and approving a suite of uses, to those which effectively became a mini Planning Scheme that only applied to that site. These were generally considered to be quasi-rezonings given the effect they had in practice.

So how does quasi-rezoning roll under the new Planning Act?

The concept that existed in SPA has been retained under the new Planning Act 2016, but it is now called a “Variation Request”, which if supported results in a “Variation Approval”.

A Variation Approval becomes a “Local Categorising Instrument” which specifies the relevant levels of assessment for different development types, as well as the assessment benchmarks that apply to development. These are generally site specific and may, or may not, call up standards and codes from a Planning Scheme in addition to other custom requirements.

Under the Planning Act 2016, a Variation Approval means: “the part of a preliminary approval for premises that varies the effect of any local planning instrument in effect for the premises.”

A Variation Request means “part of a development application for a preliminary approval for premises that seeks to vary the effect of any local planning instrument in effect for the premises.”

Section 61 of the Act provides guidance for how Variation Requests should be assessed and decided:

1. This section applies to a part of a properly made development application that is a variation request.

2. When assessing the variation request, the assessment manager must consider—

3. The assessment manager must decide—

(i) all or some of the variations sought; or

(ii) different variations from those sought; or

(b) to refuse the variations sought.

The Act goes on in section 32 to outline that the assessment manager must consider, to the extent the matter is relevant to that particular request: the common material, the regional plan, the State Planning Policy, and any temporary State planning policy.

Public notification is necessary for DAs that require impact assessment or that include a variation request. Notice must be given in the way stated in the development assessment rules.

Altering the effect of zones can be a tricky task, which is why the guidance of a qualified town planner is critical. For further information, or a free desktop review, please contact our Director Aaron Sweet via office@consultplanning.com.au.

Disclaimer: While every effort has been made to provide accurate information, Consult Planning does not guarantee that this blog article is free from errors or omissions or is suitable for your intended use.

How do I change my development approval?

Under the Queensland Planning Act 2016 there are two ways

What having services on your site means for property owners

Sometimes properties can have services on the site that are

Given how long it can take for a development plan 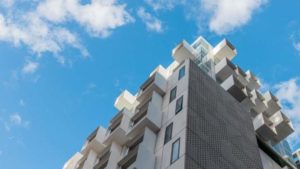 The difference between a strata title and a land subdivision

Land can be physically subdivided and each parcel owned by

What are Operational Works?

What is a combined drain?

During the 1930s, reticulated sewerage systems were installed on a

Fill the below form for enquiries.